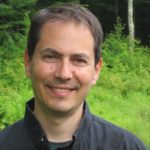 William Edelglass: A History of the Concept of Race

Back to Helen Day Art Center

In partnership with the Vermont Humanities Council, The Art Center at Helen Day welcomes Professor William Edelglass, to speak on the subject of ‘A History of the Concept of Race.’

The first European to divide the peoples of the world into distinct races, in the seventeenth century, claimed that the Sami people of northern Scandinavia were one of four races on earth; Native Americans, Europeans, South Asians, and North Africans together were considered a second race. How did such a bizarre distinction among groups of people develop into one of the most historically significant ideas of the modern world?

Professor William Edelglass will trace the intellectual history of the concept of race in the West, from its prehistory to today.