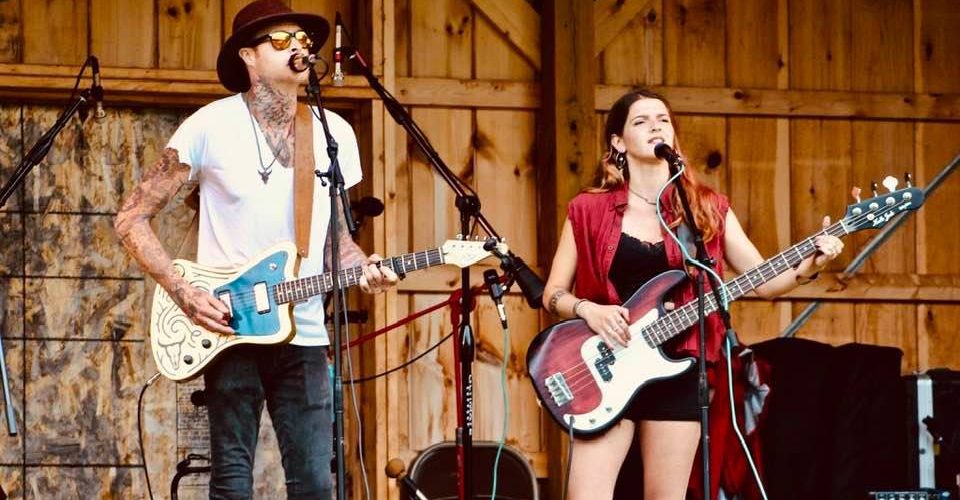 We’re excited to welcome Jaded Ravins back to Stowe Cider for our Friday night music series on December 23 from 5 to 8 p.m. Join us for a fun evening of live music and fresh cider! This is a free show, first come first served, and you’re welcome to stay for as long as you’d like! No outside food or drink is allowed.

About Jaded Ravins:
Jaded Ravins’ members Kelly Ravin and Halle Jade began performing together in 2017 after Halle joined Kelly in the recording of his 5th highly acclaimed album “Engine”.

Ravin, former lead singer and guitarist of Waylon Speed now performs his soulful americana, and country rock originals with Halle Jade. Halle’s tasty harmonies and Kelly’s powerful voice along with their engaging entertainment style make them a dynamic and expressive duo. Kelly and Halle, who have been called a modern day Johnny and June, perform in large and small venues from New England to Nashville. Whether they’re playing at home in backcountry bars, or in big city clubs, Jaded Ravins are always ready to pour their hearts out on stage.